Supreme Court Explains the Difference Between “Preparation” and “Attempt” to Rape 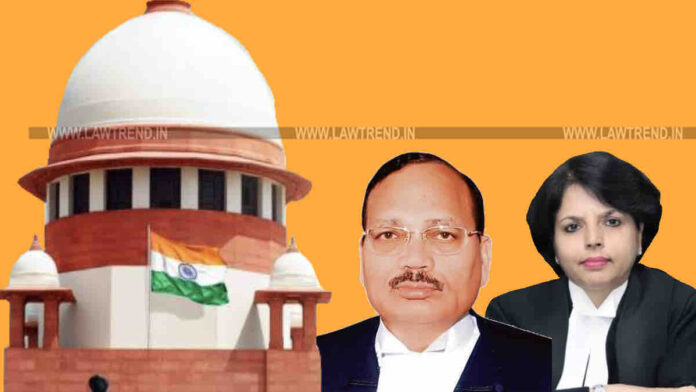 While upholding a man’s rape conviction, the Bench of Justice Surya Kant and Justice Hima Kohli in Supreme Court clarified the distinction between “preparation” and “attempt” to commit rape.

In this case, the offence was committed in the year 2005, when the POCSO Act and Criminal Law Amendment Act were not in the picture. The offender was convicted under Section 376(2)(f) of the Indian Penal Code in conjunction with Section 511.

In an appeal, the Madhya Pradesh High Court modified it to a conviction under Section 354 of the Indian Penal Code and decreased the term imposed on him.

According to the High Court, he did not make all efforts to commit rape with the prosecutrix, and he had not progressed beyond the level of preparation.

The question raised in the State’s appeal was whether the conduct committed by the accused constituted an ‘attempt’ to commit rape within the meaning of Section 376(2)(f) read with Section 511 IPC, or was it only a ‘preparation’ that resulted in the victims’ modesty being outraged.

The court noted that evidence showed that the accused took the minor girls into the room, closed the doors and then he stripped the girls and himself naked, rubbing his genitals on the victims’.

It was also discovered that the testimonies of both victim youngsters inspire complete trust, prove their innocence, and evince a natural version devoid of any hint of teaching.

The court found that these acts were undertaken with the intent to engage in sexual intercourse.

Further, the court observed that the Trial Court correctly convicted him for attempting to commit rape as a criminal under Section 511 read with Section 375 IPC as it was in vogue at the time of the incident.

Distinction Between “Attempt” and “Preparation” to Rape

The Bench of Justice Surya Kant and Justice Hima Kohli explained the difference between “Attempt” and “Preparation” to Rape:

Administrative/executive order or circular in absence of any legislative competence cannot be made applicable with retrospective effect: J&K&L HC

Stop Use of Mobile Phones Inside Temple: Madras HC

Pension and Gratuity Cannot be Attached or Withheld Appropriation of a Decree of Civil Court: Telangana HC