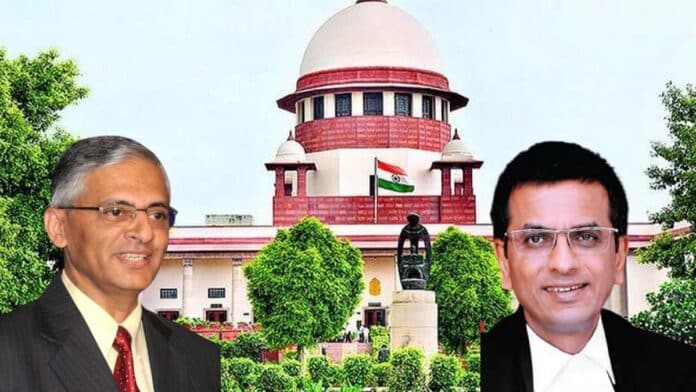 The Supreme Court stepped in on Wednesday to help a software developer who was “hounded” by litigation after she resigned from the company she was working for, after the firm filed a suit claiming money spent on her “overseas deputation.”

A bench of Justices DY Chandrachud and AS Bopanna set aside an August 1, 2018 order of the Punjab and Haryana High Court and ordered the company to pay her 1 lakh in litigation costs.

According to Justice Bopanna, the woman was “hounded” by the company and is entitled to the costs of litigation.

The court ruled, “In law, deputation has a specific meaning, and a transient visit will not qualify as a deputation unless the respondent (software development company) provides evidence that she worked overseas on deputation. All three lower courts have completely ignored this aspect of the case. In light of the contract’s terms, the claim (by the company) was unsubstantiated.” It stated, “For the foregoing reasons, we grant the appeal and vacate the high court’s August 1, 2018 decision.

As a result, the respondent’s recovery suit has been dismissed. The appellant shall be entitled to the cost of litigation in the amount of one lakh, which shall be paid over within one month.”

According to the offer letter, the appellant was liable to be posted at any of the company’s branches, subsidiaries, affiliates, associates, and sister concerns in India or abroad.

It stated that, on the contrary, the appellant claims that she was sent overseas for a business meeting.

The bench stated that the plaintiff company must discharge the burden of establishing its own case, but there is no material evidence on record to indicate that the woman was sent on deputation.

On November 15, 2012, the woman began working for the company as a software developer in Gurgaon, and she was offered a salary of Rs. 13.15 lakh.

She was appointed as a senior project manager on September 27, 2013, with a revised package of 16 lakh per annum, and in the meantime, she was sent to the United States in August, 2013, initially for a week, and she was given the tickets for the trip.