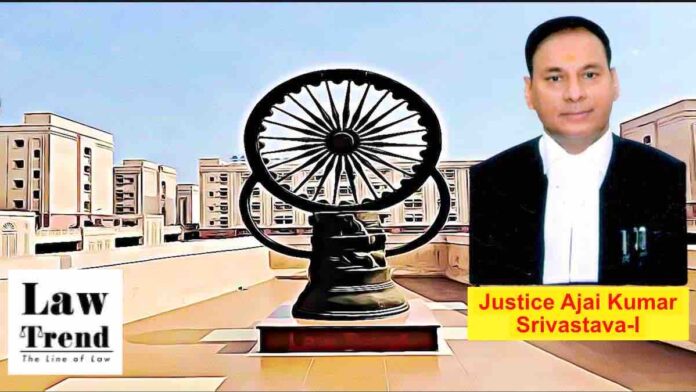 The Allahabad HC at Lucknow on Monday ruled that, after filing of charge sheet and cognizance by magistrate application for default bail under Section 167(2)(a) CrPC is not maintainable.

The bench of Justice Ajai Kumar Srivastava was dealing with the application filed to quash and set aside the impugned order passed by the Additional District and Sessions Judge and to release the applicant on default bail in connection with Case Crime registered under 153A, 153B, 295A, 417, 298, 121A, 123 and 120B of the IPC and sections 3, 5 and 8 of The Prohibition of Unlawful Religious Conversion Act, 2021.

This charge sheet against the applicant was filed on 48th day from the date of first remand, which was well within the prescribed period under proviso (a) to Section 167(2) Cr.P.C.

It was further contended that contended that it would not be open to accused to claim that he is entitled to bail under proviso (a) to Section 167(2) Cr.P.C. even if charge sheet is filed within time or the charge sheet is filed before any time prior to filing of application for default bail and making any submission that accused is prepared to furnish bail. In the present case, both the conditions are not available. Charge sheet was filed within ninety days. Further, the application for default bail being moved on 13.04.2022 does not entitle the applicant in any manner to get the default bail.

Whether an Application seeking Default Bail under Section 167(2)(a) CrPC is maintainable after filing of chargesheet and cognizance is taken?

The Court referred to the Judgment of Kerala HC’s Division Bench in the case of Abdul Azeez vs. National Investigation Agency, (2014) 144 AIC 380, wherein it was held that in case, after further investigation under Section 173(8) Cr.P.C., any supplementary charge sheet is submitted, in such a case it cannot be said that filing of such supplementary charge sheet within statutorily stipulated period is designed to defeat the right of an accused to get default bail.

Thus, the court conculded that the impugned order dated 27.04.2022, whereby the Special Court has rejected the application moved by the applicant seeking default bail does not suffer from any illegality.

In view of the above, the High Court rejected the application.

Share
Facebook
WhatsApp
Twitter
Print
Pinterest
Previous articleUnder Rule 9(1) of UP Disciplinary and Appeal Rules 1999 Previous Inquiry Report Cannot be Used in the Subsequent Stage of Inquiry: Allahabad HC
Next articleCourt Cannot Make Someone Victim of Injustice To Compensate for the Injustice to the Victim of a Crime: SC Acquits Rape and Murder Convict

Section 27 Of the Evidence Act Would Apply Even If Accused Is Interrogated By Police But Not Formally Arrested: Allahabad HC