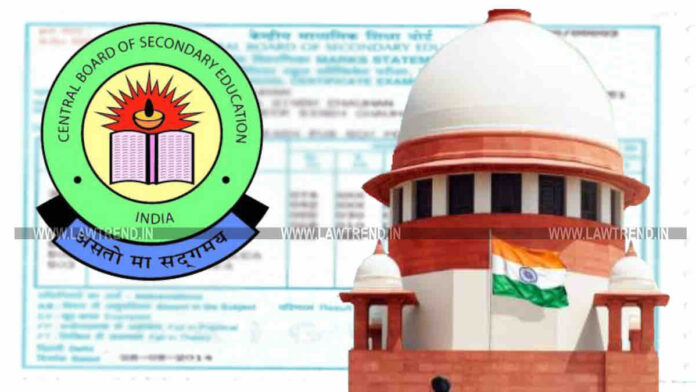 On Tuesday, the Supreme Court stated that it would interfere with CBSE and CISE’s decision to cancel physical exams for class 12.

A vacation bench comprising Hon’ble Justice AM Khanwilkar and Hon’ble Justice Dinesh Maheshwari dismissed many petitions that challenged the cancellations of exams. As per the Court, the decision was well informed and was taken at the highest level to protect over twenty lakh kids.

The Court further assessment scheme formulated by ICSE and CBSE and stated these decisions were taken by experts and the Court cannot second guess it.

A school teacher who appeared as a party in person, submitted that the exams should be held anyway. Still, the Court was not impressed by his statements and asked the teacher if he was willing to take responsibility for the students if they get exposed to Covid -19.

Senior Counsel Vikas Singh who appeared for UP Parents Association expressed apprehensions about the schemes adopted to assess students. The Bench said there was a provision for improvisation if a student is not satisfied with the internal assessment.

When Mr Singh requested the Court to give the option of improvisation at the beginning, the Court turned to Attorney General KK Venugopal.

Mr Venugopal submitted that if improvisation is given at the threshold, it will be difficult for students.

He explained that students would be judged on three years of past performance, but different boards have adopted methods, and it would be challenging to have a uniform method. It was further stated that exams could not be held in the present conditions, and the future is uncertain.

Advocate Abhishek Chaudhary who appeared for the intervenors who cancelled compartment/ private exams, stated that there could not be different yardsticks for such students as CBSE is holding the exams for August -September CBSE has cancelled exams for regular candidates.

The AG submitted that compartment exams could be held from 5th August if the situation is better.