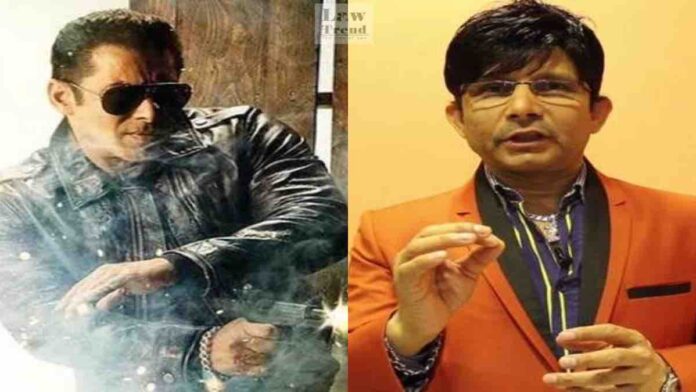 Bollywood actor Salman Khan has filed a defamation complaint in Mumbai court against Kamaal R Khan over his review of the movie “Radhe”.

The legal team of Salman Khan has sent a notice to Kamaal R Khan. In the movie, Salman Khan plays the titular role.

Acknowledging the same, Kamaal tweeted that Salman Khan has filed a defamation suit against him for reviewing the movie “Radhe”.

As per the legal notice, Salman Khan’s lawyers will mention the matter for urgent hearing before the Additional Sessions Judge of the city civil court.

Recently, Zee Entertainment that owns the movie Radhey had registered an FIR against three individuals in connection to piracy of the said movie. As per the complaint, the movie “Radhe” was leaked on various WhatsApp groups and social media platforms within hours of its release.

Based on the complaint, the authorities arrested the accused against relevant sections, including the Copyrights Act.