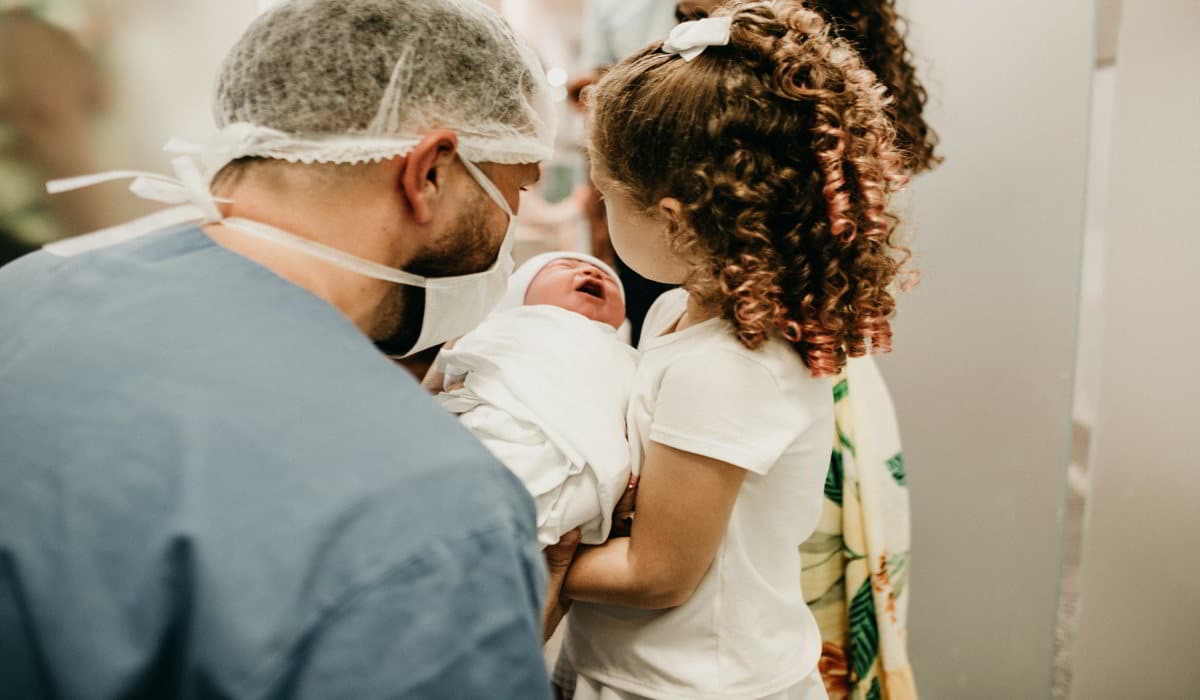 The NCDRC, on 4th March 2021, granted compensation in a case of medical negligence that caused burn injuries to a newborn, 15 years ago.

On 22nd December 2005, the complainants, Mohit and Sandhya became proud parents of a baby girl, delivered under defendant 1, Dr. Neelam Mishra. After midnight, defendant1 along with defendant 2, a Pediatrician, Dr. Chandrayee Luthra rushed into the labour room in Kanpur

Medical Center Pvt. Ltd. (KMC, defendant 3). After some time, the first two defendants came out, holding the baby, wrapped in a cloth. Defendant 1 informed that the baby was suffering from fever and needed ICU care, but will be better in the morning.

The complainant asked to see their baby, but the defendants refused. Upon persuasion, the cloth was unwrapped, revealing bandages put on the baby’s lower portion of both legs. Defendant 1 informed that the baby had sustained burn injuries due to a rod heater kept nearby. It was alleged that the entire staff went to attend another delivery and forgot the baby near the rod heater.

Skin grafting was done on the baby using the mother’s skin and was kept in the hospital for two months. Finally, upon discharge in February 2006, the complainants took their baby to a different hospital, wherein, the burn injuries were confirmed along with loss of three and two toes of the left and right foot respectively. The baby underwent several corrective operations and plastic surgeries. She went under several years of treatment with Apollo Hospital, New Delhi.

All defendants filed written submissions to the court.

o   Defendant 1: She stated that she was a qualified Gync & Obstetrician running her clinic, with experience for more than two decades. KMC was not a hospital selected by the defendant, rather on the wishes of the complainant she went there. Despite this, the defendant successfully delivered her healthy baby, after which she left the hospital. She instructed the staff to keep the baby under the supervision of the pediatrician and left KMC. Thus there was no negligence on her part.

o   Defendant 2: The pediatrician objected to the maintainability of the Complaint as parallel criminal proceedings had been initiated by the complainants. There was no cause of action against her. The complainants also agreed that she was not in the picture during the delivery and that she arrived at the hospital only after the incident took place. She did come out with defendant 1, holding the baby, after which the complainant came to know about the burn injuries. However at the time of the incident, the baby was being looked after by her grandmother. Further, the complaint required voluminous evidence and cross-examination which cannot be summarily decided under the Act.

o   Defendant 3: KMC raised similar preliminary objections on maintainability and submitted that the Complainants are not Consumers under Sec.2 (1) (d) of the Act. The treatment given to the mother and child was without any delay. The attending doctors were diligent throughout. It was upon the instance of the attendees that the grandmother was allowed inside. It was on her request that the warm air blower was kept to keep the room warm, however, far from the child, not even facing her.

o   They also stated that when one of the nurses returned to check on the baby, she noticed that the grandmother was not present and the blower was facing the baby, which had now developed blisters on the lower part of her body. Thus, the act of the grandmother was solely responsible for the unfortunate incidence and no negligence could be attributed.

The Learned Counsel for the Complainant argued that there was complete breach of duty on the part of the defendants. The Counsel also referred to case laws. Points raised were:

o   Standard care necessary in winter was not given after washing the child.

o   Instead of using a rod heater, they could have kept the baby in an incubator. The baby was kept near the rod heater without monitoring from the staff.

o   Thirdly precautions could have been taken by advising someone to remain with the child during warming.

The Hon’ble Presiding Member Anup K Thakur and Member Dr. S.M. Kantikar decided in the complaint. It was found that the cloth wrapped around the baby was intact, not burned, but the baby had suffered burns. Thus, it was thermal burn due to dry heat from the hot air blower. Thus, the complainant’s allegation of the rod heater was not maintainable. The baby was full-term and healthy which did not need an incubator.

It is customary practice that one attendant is allowed to be in the labor and in this case, it was the grandmother. Logically any prudent person or the Staff shall not put the blower facing towards the newborn. Thus the hospital staff as well as the grandmother was responsible for the mishap.

The Disability Certificate dated 02.08.2015 was issued to the child by the Handicap Board which certified that the child suffered 60% physical impairment and physical disability of 28%.

KMC must not only compensate the child for the physical pain caused by burn but also any emotional pain and disfigured burn victim has suffered and will suffer in the future. It was also important to note that the child was with the grandmother, who failed to take due care. It would have not been possible for the baby to suffer burns if she was in her grandmother’s lap. She thus contributed to negligence. Contributory negligence breaks the causal connection between defendant’s negligence and plaintiff’s injury or loss.

While giving compensation, it was also to be kept in mind that 15 years had elapsed since the event. Lump-sum compensation to the sum of Rs.40 lakh was decided, of which KCM was to pay Rs.20 lakh within 6 weeks and a delay could cause 9% interest. KCM was also to pay Rs.1 lakh towards litigation costs. This amount was ordered to be kept as an FD in a nationalized bank till the majority of the child.