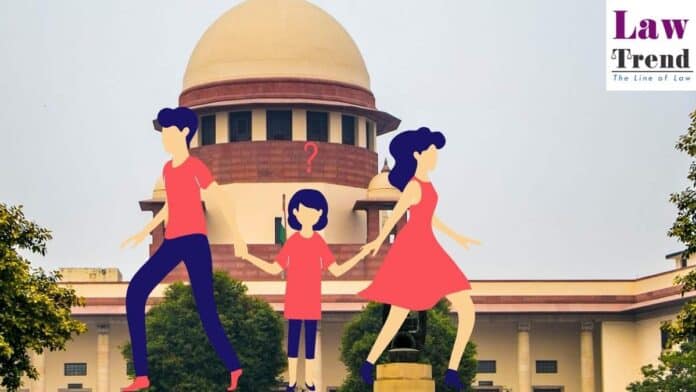 On Wednesday, the Supreme Court observed that in the battle for the custody of the child, the child’s welfare is most important and not the rights of the parents.

The Bench of Justices Ajay Rastogi and Abhay S Oka also said that the issue of custody and repatriation of the child to the home country should be addressed while keeping in mind that the child’s welfare is the sole criteria.

These observations were made by the Bench while considering an appeal filed against a Punjab and Haryana High Court judgment that granted custody of the minor child (a US citizen) to the father.

In this case, the couple got married in 2011 in New York and a child was born. Unfortunately, the child developed swelling in the kidneys and as the parents were unable to afford surgery, the child came to India with his mother.

However, after the treatment, the women refused to send the child back to the USA.

The father approached the Circuit Court, Arkansas, USA, and got an interim order against the wife but the child was not brought back to the US.

After this, the husband filed a Habeas Corpus plea in the P&H High Court which directed the mother to return to the US with the son. Aggrieved, the wife moved the Supreme Court.

The Supreme Court observed that in such cases the welfare of the child is paramount and not the right of the parents. The court further stated that it cannot direct where the parents can reside but it can issue directions to ensure the minor child welfare.

Therefore, the Court stated that either the wife could move to the US and contest the Circuit Court’s order and the husband will bear the costs otherwise the husband will get the child’s custody.

[138 NI Act] Can Court Take Cognizance of a Complaint Where Cheque Dishonoured Pursuant to Illegal Agreement?