SC: Conviction Not Bad Merely Because Complainant And I.O. were Same 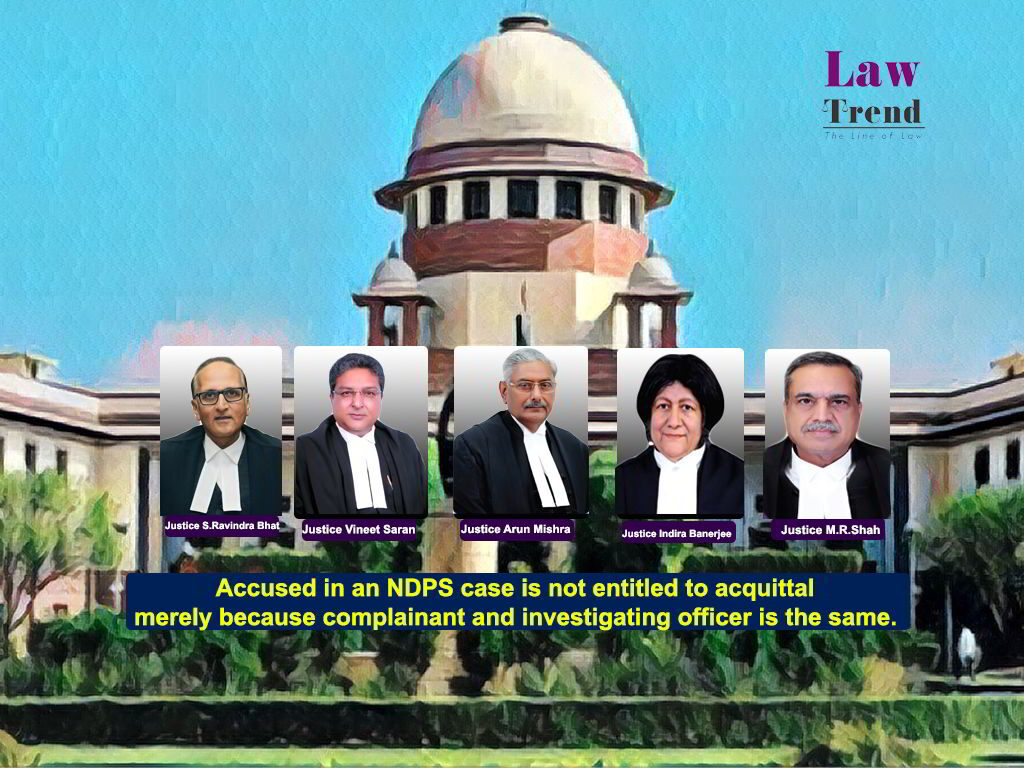 A Constitution Bench of the Supreme Court comprising Justice Arun Mishra, Justice Indira Banerjee, Justice Vineet Saran, Justice M.R. Shah and Justice S. Ravindra Bhatt has delivered a significant Judgment in the case of Mukesh Singh vs State (Narcotics Branch of Delhi) SLP (Criminal) No. 39528 of 2018, deciding correctness of the Judgment in the case of Mohan Lal v. State of Punjab reported in (2018) 17 SCC 627, taking the view that in case the investigation is conducted by the police officer who himself is the complainant, the trial is vitiated and the accused is entitled to acquittal.

Whether in case the investigation is conducted by the informant/police officer who himself is the complainant, the trial is vitiated and in such a situation, the accused is entitled to acquittal?

Submissions on behalf of Appellant/Accused:

Answer of the Issue framed