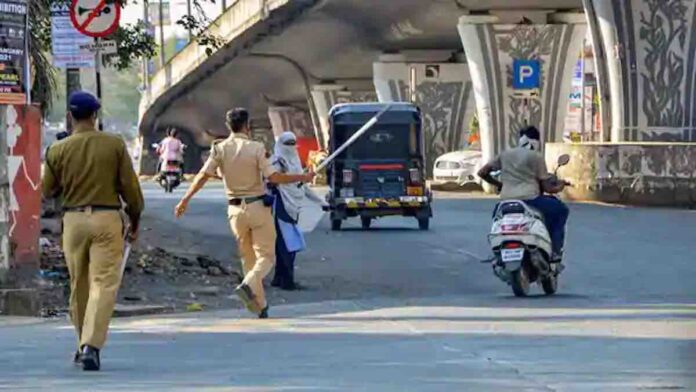 Recently, the Madhya Pradesh High Court reiterated that the authorities could not subject a person to beating or corporal punishment, which is found not wearing a mask or following other Covid protocols.

The PIL was filed in the Court seeking action against two police constables stationed at Indore and Pardeshipura who used physical force on rickshaw-pullers. The petitioner prayed that the issue should be examined at length and a Grievance Cell should be formed to examine complaints against wrongdoings by the police.

A reference was made to an Indian Express article that stated that two police constables had mercilessly beaten an auto driver for not wearing a mask properly.

Another incident cited was when a lawyer and two journalists were subjected to misconduct by the police. The Counsel also highlighted other excesses committed by the police.

In the instant case, the Court reiterated its earlier direction in Shekhar Chaudhary vs the State of MP. The Court disallowed the police to beat or give corporal punishment to citizens who were found not wearing a mask or following Covid protocols.

The bench stated that instead of harsh punishment to people, police should sensitize them about Covid protocols and urge them to wear masks and follow social distancing.

Hon’ble Court directed the Superintendent of police to take appropriate action after getting complaints against police officers beating citizens.