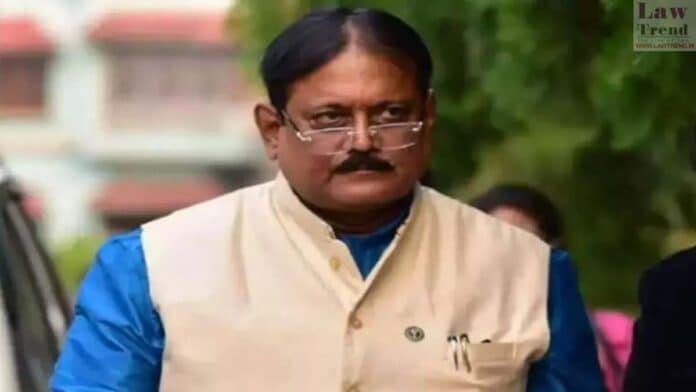 A PIL has been filed in the Calcutta High Court seeking legal action against TMC MLA Dr Nirmal Maji for allegedly comparing CM Mamta Banerjee to Allah thereby hurting the sentiments of the Muslim community.

The petitioner, in this case, is one Nazia Ilahi Khan who submitted that Maji comparing the CM to Allah definite did hurt the Muslim Community’s sentiments and he also committed an offence u.s 295A of the IPC.

While referring to the recent controversy over Nupur Sharma’s remark on Prophet Muhammad, the petitioner pointed out that action was taken in that case but Maji did not face any legal action over his remarks.

As per the petitioner, just because Dr Maji is affiliated with the Ruling party he is allowed to roam scot-free without any consequences. In this context, the petitioner averred that such differential treatment violates the principles of equality before the law.

Significantly, the pela mentions that comparing West Bengal CM to the Supreme God of Islam is extremely hurtful to all Muslims and such remarks fulfil all ingredients of offence u.s 295A of IPC.

Therefore, the petitioner prayed the court to take action against Maji as per law and without any discrimination.

SC Refuses To Entertain A Plea Seeking Regulation Regarding Alcoholic Drinks; Calls It A Policy Matter.