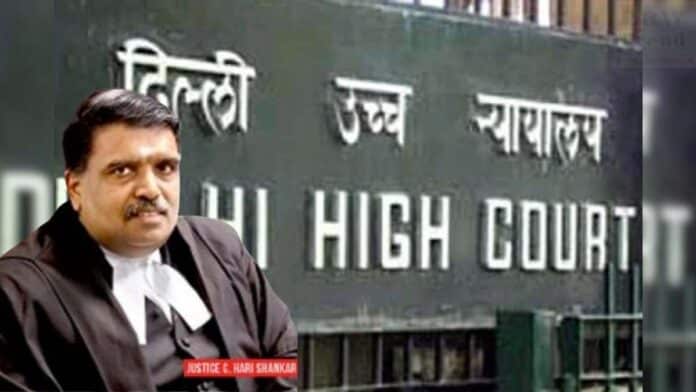 Recently HC ruled that a perverse finding by a court below itself amounts to a substantial question of law.

The bench of Justice C. Hari Shankar observed that a second appeal, under Section 100, would be maintainable, on substantial questions of law which arise out of the decision of the Trial Court.

In this case, the issue for consideration before the bench was:

Whether the decision of the learned First Appellate Court, to refuse to condone the delay on the part of the appellant in preferring the First Appeal and, thereby, denying the appellant his right to Appeal, is not perverse?

Ms. Prachi Gupta, Counsel for the respondent submitted that a second appeal under Section 100 of the CPC would lie only on substantial questions of law, which arise from the First Appellate order.

The bench noted that the learned ADJ has acknowledged, elsewhere in the impugned order, that the delay in filing the appeal was only 16 days. Though learned Counsel for the respondent joins issue on this, as this is a second appeal preferred by the appellant, the Court has to proceed on the premise that the delay was of 16 days.

High Court stated that the right of the first appeal is a sanctified statutory right. It is not to be lightly denied. Where the delay is not unconscionable and is on the ground of indisposition, ordinarily, the court should be lenient in its approach.

The bench opined that the decision of the learned ADJ to refuse to condone the delay of 16 days in preferring the appeal does not take into account all the circumstances which were cited to justify the delay and are, therefore, perverse.

In view of the above, The High Court allowed the appeal.

Instructions in Advertisement Must be Followed by Candidates; Interference Will Open Pandora’s Box- Allahabad HC