No Stay on Release of Movie “Nyay: The Justice” based on Death of Sushant Singh Rajput 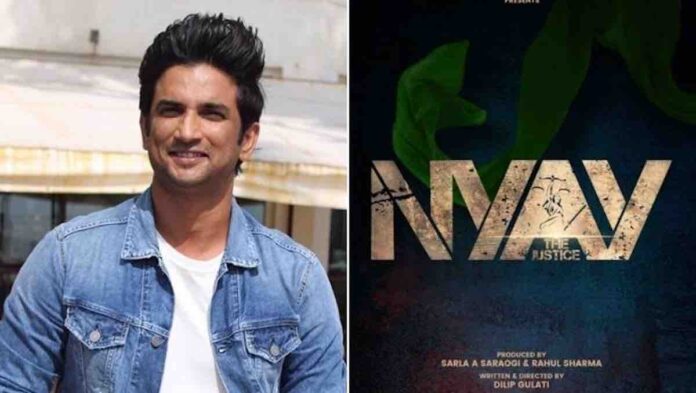 On Thursday, the Delhi High Court rejected the plea seeking stay on release of the upcoming movie “Nyay: The Justice”, which is allegedly based on the death of Late Sushant Singh Rajput.

The interim order was granted by a Bench of Justice Sanjeev Narula in response to a petition filed by Sushant Singh Rajput’s father against films and other endeavours using the late Bollywood actor’s personal life, name, photos, caricature, lifestyle, or likeness in the form of a biopic or fiction.

The entire Bollywood is in deep shock after the death of late Bollywood actor Sushant Singh Rajput. Even today people are not able to believe the death of their favorite actor. After Sushant’s death, the entire Bollywood had to face controversy with his alleged girlfriend Rhea Chakraborty. After his suicide, a petition has been filed in the Delhi High Court on behalf of Sushant’s father to ban the film based on his life.

Sushant Singh Rajput’s father, Krishna Kishore Singh, had approached the High Court earlier this year, stating that many people were taking advantage of his son’s death.

He contended that the death of the Bollywood actor was being viewed as a “opportunity to achieve popularity by inventing different theories/stories,” at the expense of his and his family’s image.

After learning about films based on the late actor, such as “Nyay: The Justice,” “Suicide or Murder: A Star Was Lost,” and “Shashank,” Sushant’s father became concerned that various plays, movies, web series, books, interviews, or other material based on the late actor would be published, tarnishing Sushant Singh Rajput’s and his family’s reputation.

It was claimed that, in the lack of authorization, any publication, production, or depiction of Sushant Singh Rajput’s private life was a clear and willful violation of his fundamental right to privacy, which cannot be taken away without the prior agreement of his legal heir.

It was also suggested that the “personality right of celebrity” be recognised on par with intellectual property rights.