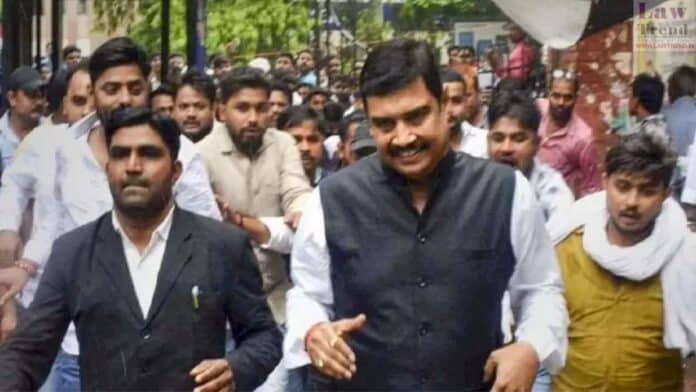 A local court in the State of Uttar Pradesh has acquitted a BSP MP Atul Rai in an alleged rape case filed by a 24-year-old woman after opining that the case was lodged against him in relation to a political conspiracy to defeat him in the 2019 Lok Sabha polls.

The victim and her male friend had set themselves on fire before the Supreme Court in August 2021 and they passed away on August 24 due to burn injuries.

The Special Court found many inconsistencies in the prosecution’s case. The court noted that the FIR was lodged after a delay of 420 days.

The court also noted that the victim was unable to exactly point out the time when she reached the accused’s flat and neither was she could state the place where the alleged acts of rape were committed.

It was also noted by the court that medical examination of the victim revealed no injuries on the victim’s private parts. Even though the victim had said that there were CCTVs in the house of the accused, the police found no such thing.

After going through the facts of the case, the court ruled that FIR was lodged against Rai due to political conspiracy and proceeded to acquit him.

Title: State of UP versus Atul Rai

Share
Facebook
WhatsApp
Twitter
Print
Pinterest
Previous articleSC Asks Petitioner Challenging Minority Recognition On Basis Of Religion To Give Examples Of Minorities Being Unrecognised
Next articleSec 306 IPC | Whether Statements Amount To Instigation Or Incitement Can be Appreciated By The Trial Court, Rules Madras HC

If You Don’t Want to Wear Mask, Sit at Home- SC Rejects PIL Filed By A Lawyer Against Order Making Masks Mandatory in Telangana