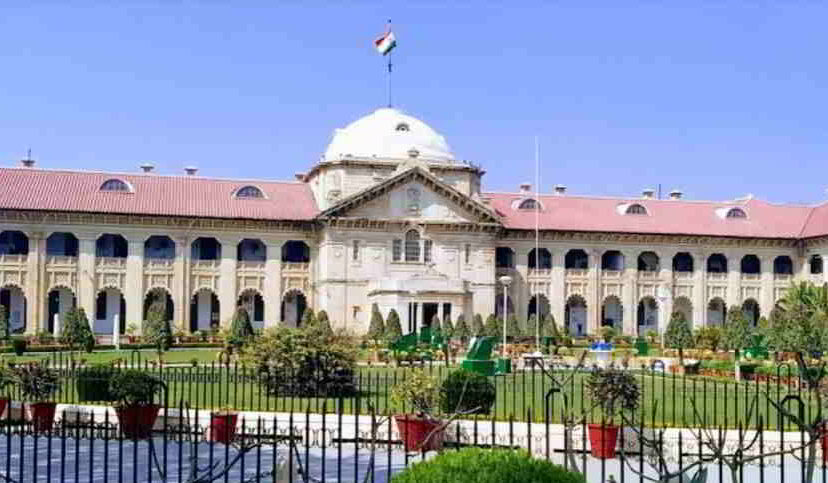 The Allahabad High Court has held that land acquisition proceedings initiated under the Awas Vikas Act will not be covered under New Land Acquisition Act.

Petitioner claiming himself to be Bhumidhar with transferable rights of a plot situated in Village Jhunsi Kohna, Pargana Jhunsi, Tehsil Phoolpur Distt. Prayagraj1. A notification under Section 28 of the Uttar Pradesh Avas Evam Vikas Parishad Adhiniyam, 1965 was issued on 8.3.1979, which was published in the official gazette on 14.4.1979. The notification provided that the Uttar Pradesh Avas Evam Vikas Parishad3 has framed a scheme in the name of “Jhunsi Bhoomi Vikas Evam Grih Sthan Yojna-2, Allahabad4” for solving the housing problems in the city of Allahabad.

Ultimately a writ petition was preferred precisely on the ground that neither the possession of the land has been taken nor compensation has been paid, as such, the acquisition proceeding will lapse in view of the provisions of Section 24 (2) of the Right to Fair Compensation & Transparency in Land Acquisition, Rehabilitation & Resettlement Act, 2013.

Per Contra, the Counsel for the Respondent opposed the Writ petition on the ground that contended that the provisions of Section 24 (2) of the Act, 2013 would not apply to the acquisition made under the provisions of Adhiniyam, 1965. The said issue is no longer res integra in view of the Division Bench judgment of the Court in Atul Sharma & Ors. v. State of U.P. & Ors8., and Jagbeer Singh & Ors. v. State of U.P. & Ors.

The Division Bench while considering the case of Atul Sharma & Ors. (Supra) has observed that the non-inclusion of the Adhiniyam, 1965 in the 4th Schedule to the Act, 2013 in terms of section 105 thereof does not necessarily mean that the Act, 2013 was extended to be applied in acquisitions under the Adhiniyam, 1965. The intent of the 2013 Act was to eclipse the anomalies and improve the conditions of  payment of compensation to acquisitions made under the L.A. Act only.

“It was also observed that since the L.A. Act has been repealed, and the Adhiniyam, 1965 continues to exist without any amendment there does not arise any issue of repugnancy or inconsistency. The benefit of deemed lapse is by a fiction under a specific statute. A provision of fiction has to be strictly construed and it cannot be impliedly treated to be incorporated unless the Adhiniyam, 1965 also contemplates any such fiction. It is for this reason that an amendment will have to be expressly brought about in the Adhiniyam, 1965 if the provisions of Act, 2013 have to be applied and not otherwise in relation to the procedure of acquisition. It was opined “a provision of deemed lapse cannot be read into by way of interpretation into 1965 Act without specific amendment therein.”

In view of the above the Court dismissed the Writ petition as Section 24 of the Act of 2013 would not be applicable, also on the ground of stale claim.