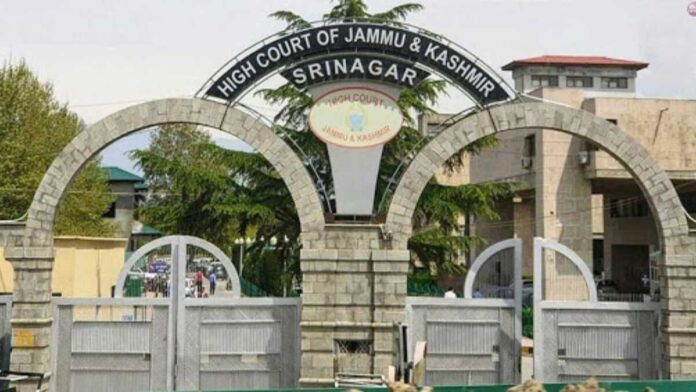 The J&K High Court has decided that it would resume physical hearings from 5th July 2021, and the order on the issue was issued on Wednesday. The order further states that only those lawyers, staff members and other stakeholders will be allowed to enter the court who have been vaccinated.

However, entry of agents and clerks of advocates is prohibited for the time being. Entry of lawyers in courtrooms will be regulated as per the case number. General entry to court is still prohibited. Only lawyers representing the parties are allowed to enter the courtrooms, and only two lawyers per party are allowed.

The notification states that lawyers should maintain social distancing and follow SOP while waiting for their cases.

As per the orders, entry to courts is strictly not allowed, and if the litigant wants to argue the case personally, he would have to make an application two days before the date of hearing.

It is also stated that if one party wishes to argue the case virtually, then the court might allow the same and the other party can argue the case physically. The party should give an advocacy notice if they want to do this.