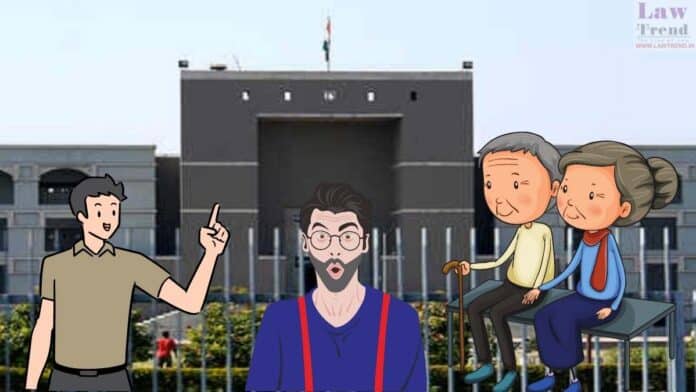 Recently, Gujarat HC allowed a habeas corpus plea by a younger son seeking his parents’ custody from his elder brother.

The bench of Justices Vipul M. Pancholi And Sandeep N. Bhatt was dealing with the petition filed by the petitioner-Son, seeking direction to Respondent No.2 police authorities to produce the corpora, before the Court, who are in illegal detention of Respondent No.3, (elder son of the corpora).

In this case, the parents of the petitioners were staying with his elder brother. The father of the petitioner was suffering from paralysis as well as cancer and he was completely bedridden. The elder son was not taking proper care and was ill-treating. The corpora had called the petitioner to take them back.

Whether the custody of the parents could be granted to the petitioner or not?

High Court after considering the extent of ill-treatment meted out to the corpora, as is disclosed by Corpus No.2 handed over the custody of the corpora to the petitioner.

The bench directed Respondent No.3 to hand over all the medical papers, medicines and all other belongings of the corpora to the concerned police authorities.

In view of the above, the bench allowed the petition.

Unregistered Document/Agreement to Sell is Not Admissible as Evidence in Permanent Injunction Suit: Supreme Court

If any wild animal causes injury to any person, this is a failure of the State Government to protect right to life guaranteed under...