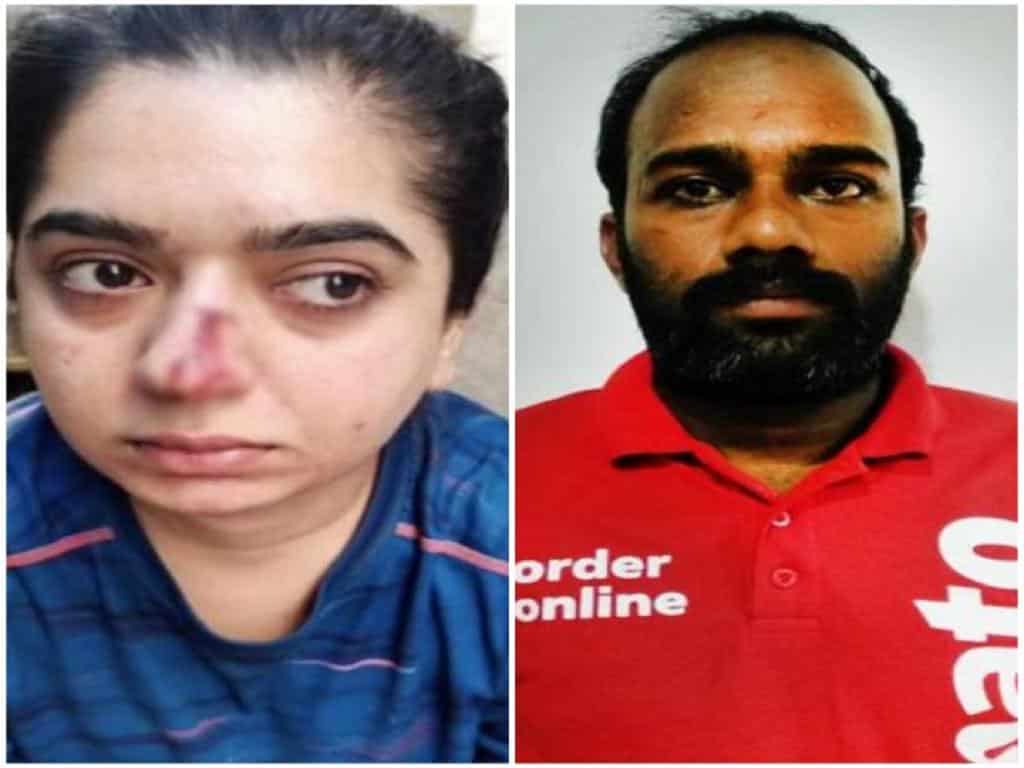 A few days ago, Hitesha Chandrani ( an influencer) alleged that a Zomato delivery boy misbehaved with her and broke her nose. Earlier, she had posted a video on social media, and it can be seen that her nose was covered in blood.

As per news reports, an FIR has been registered against Ms Hitesha Chandrani on a complaint by the Zomato delivery boy (Kamaraj). The FIR was registered for offences u/s 355, 504, and 506.

Zomato has released a statement that reads that they have suspended the delivery boy but are taking care of his legal expenses, and they are also supporting Ms Chandrani. The company further stated that they are cooperating with the police as well.