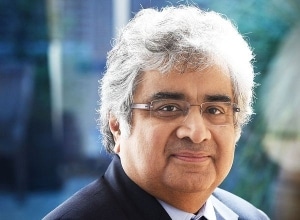 During a tense hearing in the Supreme Court involving allegations against former Home Minister of Maharashtra Anil Deshmukh, a funny incident happened when Senior Counsel Kapil Sibal went off-screen for some time.

Mr Sibal, who was appearing for Anil Deshmukh, went off-screen when he read out a judgment to support his arguments stating that allegations against his client were hearsay.

Hon’ble Justice SK Kaul commented that Mr Sibal appears to be gone. Senior Advocate Harish Salve, who was also part of the hearing, commented that even the system crashed after hear his (Sibal’s) arguments.

In a setback to Anil Deshmukh and the Maharashtra government, the Apex Court refused to interfere with the CBI inquiry, which Bombay HC ordered into allegations of Mumbai Police’s former chief Param Bir Singh.

After the High Court ordered a CBI enquiry, Mr Deshmukh resigned from the post of Home Minister.

Param Bir Singh has accused Deshmukh of extortion and illegal transfer in a letter he wrote after transferring to Home Guards after the Mukesh Ambani bomb scare case.

According to Singh’s statement, Mr Deshmukh planned an extortion racket with police officer Sachin Waze who has been arrested in the case where a car full of explosives was found abandoned near Mukesh Ambani’s house.