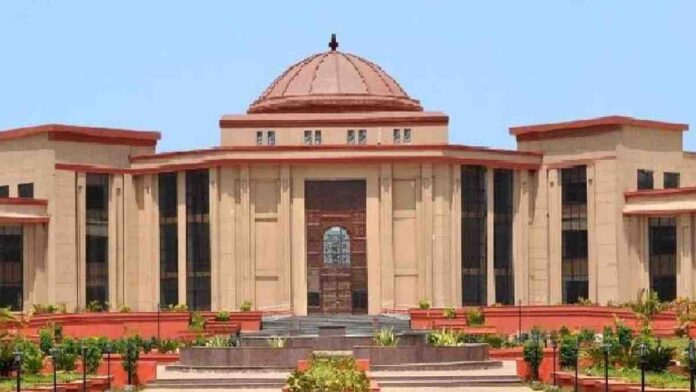 The HC of Chhattisgarh on 8th July 2021 allowed the appeal of rape convicts who were falsely convicted and charged for the rape of a girl.

The petitioner had been to Vani’s house to attend her tuition. On getting nature’s call, she went outside towards the road to attend to the call of nature. At that time the two appellants in the case, allegedly approached her on a bike, took her to an agricultural field, where appellant no. 2 committed forcible sexual intercourse with her and then dropped her by her house.

An FIR was registered on 22.10.2013 against the appellants. The petitioner was medically examined and the statements of the petitioner and other witnesses were recorded and a charge sheet was filed. On the completion of the trial, the appellants were convicted and sentenced to jail.

Appellant’s Counsel submitted that the court had convicted the appellants without sufficient evidence and there was no proof that the prosecutrix was under the age of 18 years. He said that the prosecution had relied on the entries of the Dakhil Kharij register for the prosecutrix’s age but the author of the document and birth date mentioned as 15.08.1999, in the court had not been proven or examined to which D.S. Mandavi Headmaster of the school had also agreed and admitted that the entries in the register were uncertain.

The medical examiners, who examined the girl ascertained that she was an adult person. The petitioner’s mother also did not support her case. Further, it was also found that the statements of the petitioner and the witnesses had various material contradictions and omissions.

The Counsel taking a preview of all contradicting statements of the witnesses said that the prosecutrix appeared to be a consenting party to the incident and had a love relationship with Appellant No.2. Therefore the convictions against Appellants were unsustainable.The counsel for the state also agreed to the contentions made by counsel for appellants and alleged that the petitioner had failed to prove she was below 18 years of age.

He also mentioned that during cross-examination, the witness had deposed that she suffered injuries, but, from a perusal of her examination report it appeared that she had not sustained any bodily injury and was habitual to sexual intercourse.

Justice Arvind Singh Chandel considering the facts, evidence, and contentions of both the counsels on 8.6.2021 held that the statements narrated by the prosecutrix and witnesses were very contradictory and the prosecutrix was not under the age of 18, hence the accused were given the benefit of the doubt, appeal against the judgement delivered on 30.10.2014 has been allowed and the accused has been acquitted of all the charges

On a minute examination of the above evidence, it seems that the entire story narrated by the prosecutrix is suspicious because as alleged by the prosecutrix both the Appellants had forcibly taken her on a motorcycle after tying up her hands and Appellant No.2 had committed forcible sexual intercourse with her in an agricultural field and as a result of which she had sustained injuries in her hands and back. But, in her medical examination, no bodily injury was found.

Criminal Appeal No.1182 of 2014 (Durgesh Chandrawanshi and Another vs State of Chhatisgarh)