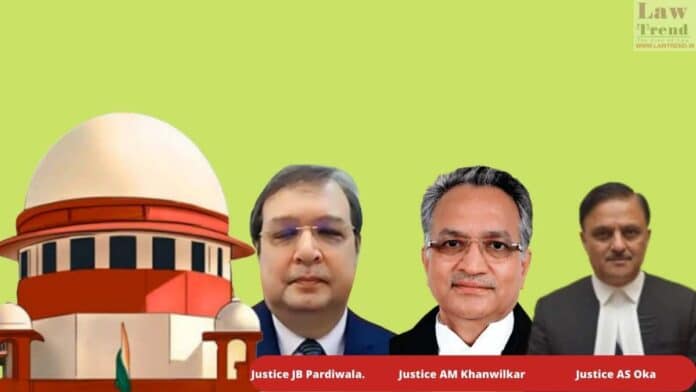 The Supreme Court on Tuesday ruled that the post mortem report, by itself, does not constitute substantive evidence.T

A medical witness called in as an expert to assist the Court is not a witness of fact and the evidence given by the medical officer is really of an advisory character given on the basis of the symptoms found on examination. The expert witness is expected to put before the Court all materials inclusive of the data which induced him to come to the conclusion and enlighten the Court on the technical aspect of the case by explaining the terms of science so that the Court although, not an expert may form its own judgment on those materials after giving due regard to the expert’s opinion because once the expert’s opinion is accepted, it is not the opinion of the medical officer but of the Court.

The Court further ruled that even if the trial court proceeds to frame the charge under Section 302 IPC still it would be open for the accused to persuade the Court that the case falls only within the ambit of culpable homicide punishable under Section 304 of IPC.

The bench of Justices A.M. Khanwilkar, Abhay S. Oka and J.B. Pardiwala opined that “ in a criminal trial, the prosecution can lead evidence only in accordance with the charge framed by the trial court. Where a higher charge is not framed for which, there is evidence, the accused is entitled to assume that he is called upon to defend himself only with regard to the lesser offence for which he has been charged.”

Whether the High Court was justified in affirming the order passed by the trial court discharging the accused persons of the offence of murder?

Supreme Court opined that the purpose of framing a charge is to intimate to the accused the clear, unambiguous and precise nature of the accusation that the accused is called upon to meet in the course of a trial.

Supreme Court stated that the case may be a sessions case, a warrant case, or a summons case, the point is that a prima facie case must be made out before a charge can be framed.

Supreme Court stated that “the trial court is enjoined with the duty to apply its mind at the time of framing of charge and should not act as a mere post office. The endorsement on the charge sheet presented by the police as it is without applying its mind and without recording brief reasons in support of its opinion is not countenanced by law.”

Supreme Court opined that once the trial court decides to discharge an accused person from the offence punishable under Section 302 of the IPC and proceeds to frame the lesser charge for the offence punishable under Section 304 Part II of the IPC, the prosecution thereafter would not be in a position to lead any evidence beyond the charge as framed.

Supreme Court stated that “Even if the trial court proceeds to frame charge under Section 302 IPC in accordance with the case put up by the prosecution still it would be open for the accused to persuade the Court at the end of the trial that the case falls only within the ambit of culpable homicide punishable under Section 304 of IPC. In such circumstances, it would be more prudent to permit the prosecution to lead appropriate evidence whatever it is worth in accordance with its original case as put up in the charge sheet.”

In view of the above, Supreme Court allowed the appeal and set aside the order passed by the Trial Court and High Court.

Citation: CRIMINAL APPEAL NO. OF 2022