Deprivation of Liberty Even For a Single Day is Too Many: Justice DY Chadrachud 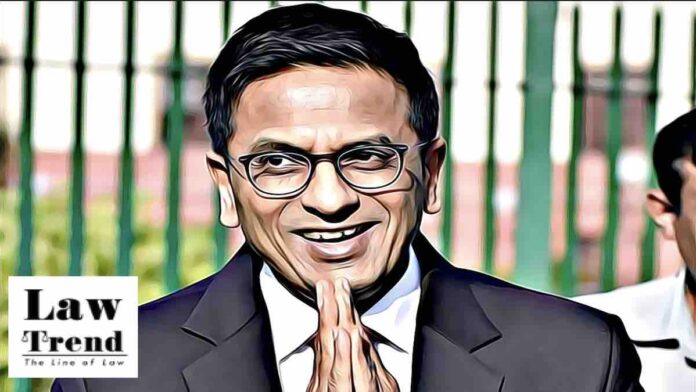 Anti-terror legislation should not be “misused to quell dissent.” said Dr Justice DY Chandrachud of the Supreme Court on Monday while speaking at an event on India-US legal ties.

According to Justice Chandrachud “Criminal law, including anti-terror laws, should not be used to silence criticism or harass citizens. As I stated in my decision in Arnab Goswami vs. the State, our courts must ensure that they remain the first line of defence against the infringement of people’ rights “..

“Even a single day of liberty deprivation is one too many. We must constantly keep the larger systemic implications of our decisions in mind “He said.

The words came amid uproar over the murder of 84-year-old campaigner Stan Swamy, who was arrested last year in the Elgar Parishad case under the anti-terror law, the Unlawful Activities Prevention Act, or UAPA. He died last week in Mumbai while fighting for bail on medical grounds.

During the ceremony on Monday, Justice Chandrachud made several other remarks about Indo-US relations, including that the US is a “torchbearer in promoting liberty, freedom of speech and expression, and religious peace.”

“India, as the world’s oldest and largest democracy, epitomises values of multicultural, pluralist societies, with constitutions based on a deep dedication to and respect for human rights,” he said.

The highest courts of India and the United States have “both been regarded as the most powerful courts in terms of their own might,” Justice Chandrachud added, emphasising that the United States’ “impact on Indian law cannot be overstated.”

“I relied on the US Supreme Court judgement in Lawrence vs. Texas for my decision on decimalizing same-sex relationships between adults,” he added.