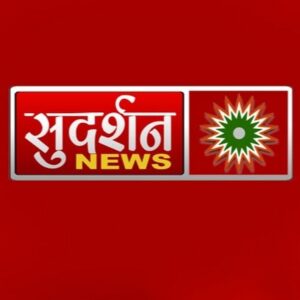 The Delhi High Court today stayed the broadcast of a show by Sudarshan News channel, which claimed to be an “expose” on the “infiltration of Muslims” in the Civil Services.

The stay order was passed by a single-judge bench of Justice Navin Chawla, on a plea filed by the students of Jamia Millia Islamia. The promo of the show shared by the channel’s editor-in-chief Suresh Chavhanke with hashtag ‘UPSC Jihad’ has attracted criticism from several quarters. On August 26, Chavhanke had tweeted the trailer of his upcoming show, which he claimed was an “expose” on the “infiltration of Muslims” in the Civil Services. In the video, he called those passing out of Jamia’s Residential Coaching Academy (RCA) and clearing the Union Public Service Commission (UPSC) as “Jamia ke Jihadi”. On Thursday, Jamia Millia Islamia wrote to the Union Education Ministry asking them to take action against Sudarshan News channel and its editor-in-chief Chavhanke for “tarnishing” the image of the university.

The Ministry of Information and Broadcasting informed the Court that it has received several complaint against the ‘show’ in question, therefore has issued notice to channel. Considering this statement of the Government of India, the Court restrained the channel from broadcasting ‘Bindas Bol’ show till the next date of hearing.

However hours before the passing of stay order by the Delhi High Court, in a separate plea before the Supreme Court in W.P. (Civil) No. 956 of 2020 filed by an Advocate seeking ban of the same programme, the bench of Justice Dr. D.Y. Chandrachud and Justice K.M. Joseph refused to impose a pre-broadcast interlocutory injunction on the basis of an unverified transcript of a forty nine second clip.

The Court has to be circumspect in imposing a prior restraint on publication or the airing of views. We note that under statutory provisions, competent authorities are vested with powers to ensure compliance with law, including provisions of the criminal law intended to ensure social harmony and the peaceful coexistence of all communities.

However considering the importance of issue of balancing free speech with fair treatment to every segment of society, the Court issued notice to the Center and observed that on the next date the court will consider for appointing Amicus Curaie.