If Death Occurs inside the Privacy of House, the Residents Should Have a Plausible Explanation: SC 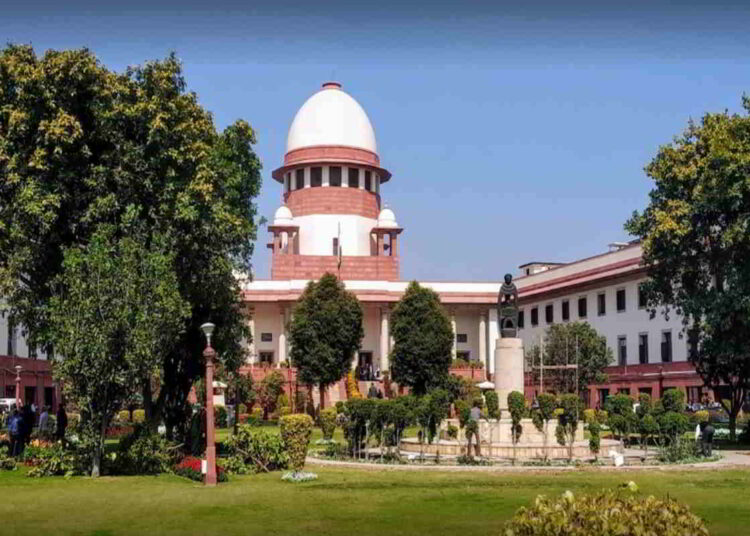 Recently, the Apex Court upheld the conviction of a man for the murder of his wife after noting that he offered no explanation for the death which took place within the privacy of his home.

The Court noted that in such incidents where the incident happened within the privacy of the house, the accused is under obligation to explain the cause of death in the statement recorded u/s 313 of Cr.P.C and a mere denial cannot be accepted.

In 1999, one Sahodara Bai was found dead on a cot inside her matrimonial home.

According to the doctor who conducted the post mortem, it was a murder, and the cause of death was asphyxia due to strangulation.

The Trial Court,  convicted the husband, mother in law and father in law of the deceased.

All the evidence in the case was circumstantial, and the Court relied on the testimony of the deceased’s brother who told the Court that there was animosity between the deceased and her husband and in-laws.

The suicide theory was also rejected by the Court as there were scratch marks on the neck of the victim.

During the appeal before the High Court, the mother in law was acquitted while the husband’s conviction was sustained. However, the father in law died during the pendency of the appeal.

Hon’ble High Court observed that because the incident had taken place inside the privacy of the house, the people of the house should provide a plausible explanation.

It was further observed that in such situations, it was arduous for the prosecution to lead any direct evidence to establish the guilt of the accused persons.

The High Court relied on Section 106 of Evidence Act according to which the burden of proving a fact is on the person who has the special knowledge of it.

Hon’ble High Court explained that while the initial burden to prove the case would be on the prosecution, it would be light and the corresponding burden would be on the people who resided in the house and they cannot get away without offering an explanation.

When the case reached the Supreme Court, the reasoning of the High Court was upheld.

The Hon’ble Supreme Court opined that the most important aspect of the case was where the body was found and where the death was caused.

It was further opined that only family members were staying in the house where the body was found, and the location of the house was such that no other person could have entered the house without the knowledge of inmates of the house. It was also pointed out that there was no sign of commotion nor were any jewellery/valuables missing.

The Court noted that the appellant had not offered any explanation as to how his wife received the injuries, and this indicated that he was responsible for the crime.

While dismissing the appeal, the Apex Court held that the appellant was under an obligation to provide a plausible explanation about the cause of death of the wife in his statement recorded u/s 313 of CrPc and denial cannot be an answer.