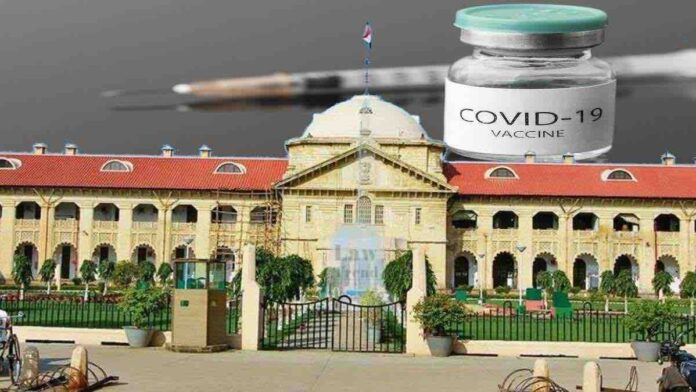 The Allahabad High Court has directed the Central Government and State Government to inform the Court as to how it proposes to Inoculate Physically Challenged Persons for COVID Vaccination.

On the last date an Intervenor Application was moved on by Advocate Rajat Rajan Singh, raising the issue of priority vaccination of Physically challenged people.

The Division Bench of Justice Siddharth Varma and Justice Ajith Kumar observed that on the last date the Court had directed the State Government to come with a vaccination programme specific to the physically challenged persons.

Sri Rajat Rajan Singh submitted before the Court that Mumbai and Chandigarh are adopting Mobile Vaccination Method by approaching door to door for vaccination of those who cannot come to the vaccination centre, then why this can’t be done in Uttar Pradesh also, considering the risk involved.

The Court refused to accept the said explanation of the Government and directed that the Central Government shall place before the Court on the next date as to how it proposes to inoculate those persons with disabilities, who cannot go to the vaccination centres and make online registration.

Secondly, the Court has also directed the State Government to explain as to what is the hindrance in opting for a special guideline to inoculate persons with disabilities, even though Central Government has not framed any Guidelines in this regard.

The Court also observed that a large number of population still resides in villages and there are people who are only labourers between the age group of 18 and 45 and cannot themselves register online for vaccination.