Chutzpah; CJ is not Master of Everything: Justice Bhattacharya Strongly Condemns Reassigning of Cases to a Division Bench 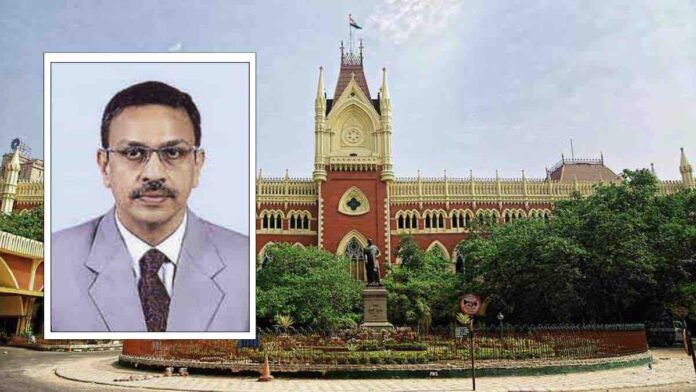 Justice Sabyasachi Bhattacharyya of the Calcutta High Court has objected strongly to Acting Chief Justice Rajesh Bindal delisting a matter from him and referring it to a Division Bench.

Justice Bhattacharya stated in a strongly worded order issued on Monday that while the Chief Justice is the master of roster, he is not the master of everything and the power cannot be exercised at his whims and fancies.

The power of the master of the roster must be exercised in accordance with the Court’s norms. Although it has been clarified that the Chief Justice (including Acting Chief Justice) is the Master of the Roster and “more equal among equals” (not by Orwell but by our own Supreme Court), the excess equality pertains only to the Administrative Side of this court and cannot override the Appellate Side Rules, which are framed and modified by the Full Court comprised of all Judges of this Court,” the order states.

The reassigned case was one in which Justice Bhattacharyya had previously made significant concerns about difficulties in video conference hearings at the Calcutta High Court. He had gone so far as to say that he would refuse to hold court unless all connectivity concerns were fixed.

In a July 16 ruling, Justice Bhattacharyya issued a notice explaining why contempt of court proceedings should not be brought against the High Court administration, including the Registrar General and the Central Project Coordinator, due to persistent intervention in virtual sessions.

He stated that due to major breakdowns in virtual services, he is obliged to play “stupid charades” with the advocates during virtual hearings.

He bemoaned that the sessions had devolved into a farce and that they no longer amounted to decision-making.

It was then discovered that the matter had been assigned to a Division Bench on the Acting Chief Justice’s authority.

As a result, on Monday, Justice Bhattacharyya listed the matter before himself via judicial order in order to pass an order on the limited subject of how the case was taken away from him.

The judge then expressed surprise at the way in which the matter was assigned to a Division Bench.

He also stated that a copy of the letter, reportedly written and signed by the Acting Chief Justice, who was not even in Kolkata owing to a family loss, was sent via WhatsApp and forwarded to him.

He, on the other hand, stated that he has no intention of violating court decorum and propriety and has no personal interest in hearing the matter at hand.

As a result, he stated that the matter should be heard by the Division Bench in deference to the Master of Roster’s mandate, “subject to the said Bench’s determination to hear this matter in line with law.”

The judge, on the other hand, did not mince words, saying: “‘Chutzpah’ (Yiddish) is probably not appreciated in the higher echelons of power. However, opacity creates whispers in the corridors and is not healthy for a judicial system.”