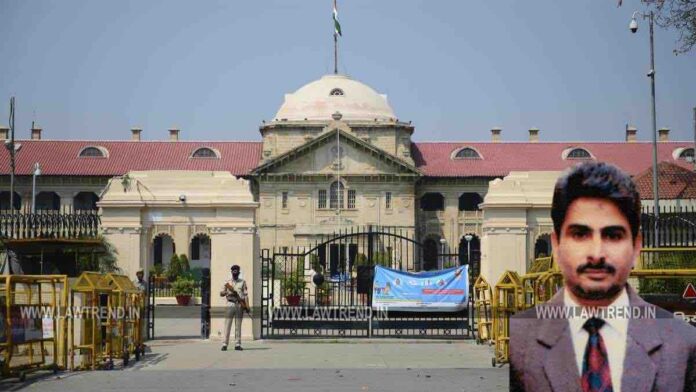 Recently, the Allahabad High Court allowed a claim for maintenance of a wife u/s 125 of CrPC even though the Family Court had already the divorce decree after noting an appeal against the said decree was pending before the court and had attained finality.

A Bench of Justice Aftab Hussain Rizvi dismissed the husband’s contention that a divorced wife can’t claim maintenance u/s 125 CrPC. The court also rejected the contention that because the Family Court has already granted permanent alimony u.s 25 of Hindu Marriage Act, the court can’t award maintenance as per the CrPC.

The ruling was made when the Bench was considering a revision filed by the husband against the a Family Court order wherein the court had granted Rs 25 lac as permanent alimony to the wife.

On the other hand, the wife’s counsel submitted that she has not accepted the amount and the same is lying with the court. It was also stated that the Family Court had awarded the permanent alimony on its own and the wife never filed any application seeking the same.

At the outset, the court noted that the wife has not accepted the alimony and an appeal against the order is pending in court.

The court referred to Rajnesh vs Neha wherein the Apex Court had issued guidelines regarding maintenance payment in matrimonial matters and ruled that the wife can claim maintenance under different statutes.

A reference was also made Rohtash Singh vs Ramendri wherein the court had ruled that if a divorced wife is unable to maintain herself and has not married, then she can claim maintenance.

Accordingly, the court dismissed the plea after noting that the wife has not accepted the alimony and an appeal against the Family Court Order is still pending.

Title: Tarun Pandit vs State of UP & Anr

Sec 313 CrPC Confers Valuable Right Upon Accused to Establish his Innocence Which is Protected Under Article 21: Supreme Court