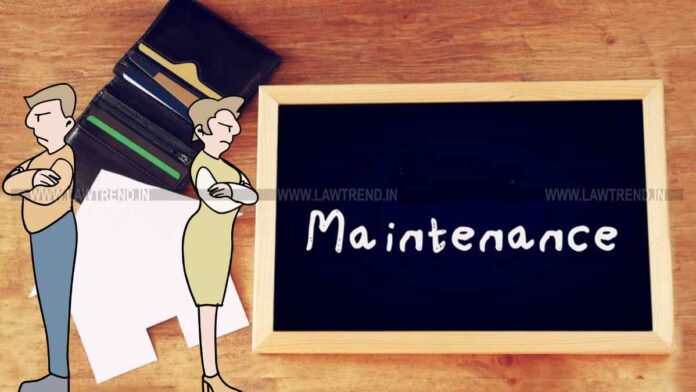 Recently, Bombay HC ruled that the scope of Section 25 of the Act of 1955 cannot be constricted by not making it applicable to a decree of divorce being passed between the husband and wife.

The bench of Justice Bharati Dangre stated that “Section 25 has to be looked upon as a provision for destitute wife/husband the provisions will have to be construed widely so as to salvage the remedial entailments.”

In this case, the wife (petitioner) filed a petition under Section 13 of the Hindu Marriage Act, 1955 seeking dissolution of marriage on the ground of cruelty and desertion.

The petition was allowed and the marriage between the parties came to be dissolved. The husband (respondent) filed a Petition claiming for a grant of permanent alimony from the wife at the rate of Rs. 15,000/- per month.

Learned Judge directed that a warrant for recovery of arrears may be issued against the wife and the amounts due and payable, be deducted from her salary and deposited before the court.

The wife is aggrieved by the order passed by the 2nd Joint Civil Judge, Senior Division, Nanded.

Mr. Mewana, Counsel for the respondent submitted that the provision contained in Section 25 of the Act of 1955 does not depend upon the outcome of the relationship subsequent to divorce since the section uses the word “at any time subsequent thereto”.

Whether the maintenance could be provided to the husband or not?

High Court after looking into Section 24 and Section 25 of the Act of 1955 found that both the sections are enabling provisions and confer a right on the indigent spouse to claim maintenance either pendente lite or in the nature of permanent alimony and maintenance.

The bench stated that “The provision of maintenance / permanent alimony being a beneficial provision for the indigent spouse, the said section can be invoked by either of the spouse, where a decree of any kind governed by Sections 9 to 13 has been passed and marriage tie is broken, disrupted or adversely affected by such decree of the court. The scope of Section 25 of the Act of 1955 cannot be constricted by not making it applicable to a decree of divorce being passed between the husband and wife.”

In view of the above, The High Court dismissed the petition.

JJ Act | Radiological Age Test Can be Ordered When There is Contradiction in School Leaving Certificate and Other Evidence Regarding Age: Allahabad HC

What Are the Relevant Considerations For Deciding Bail Application of Juveniles? Explains Allahabad HC