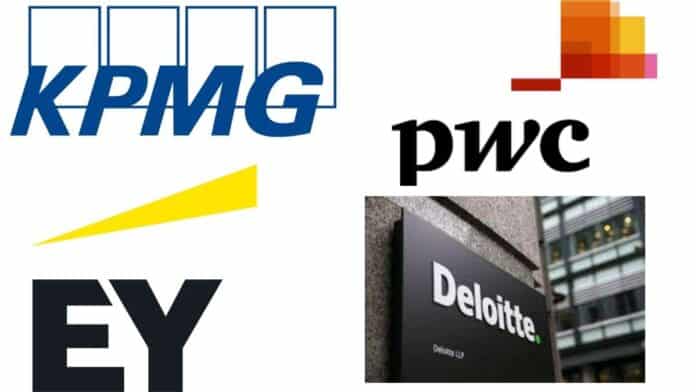 The Bar Council of Delhi has issued notices to the big four accounting firms-KPMG, PwC, Ernst & Young, and Deloitte India-to refrain from practising law until further orders are issued.

The council has requested that these four global audit firms send a list of all advocates who have been hired by them in any of their offices.

The Delhi Bar Council issued these directives in response to a complaint filed by Lalit Bhasin, President of the Society of Indian Law Firms, a national organisation representing over 100 law firms.

According to Bhasin’s complaint, “all of these firms are actually accounting firms, but they are engaged in doing law practise.”

On Thursday, KPMG and Deloitte India responded to the notices.

E&Y and PwC have six and four weeks, respectively, to respond to the notice.

“The Council believes that, in the meantime, all firms should refrain from engaging in any such practise until further orders,” said the Delhi Bar Council in a statement.

The matter will be heard again by the Delhi Bar Council on July 12.