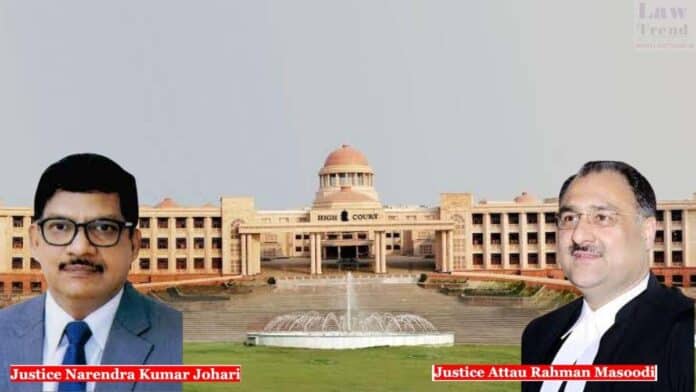 The Bench of Justices Attau Rahman Masoodi and Narendra Kumar Johari at Allahabad High Court Lucknow has expressed displeasure over Bar Associations passing resolutions that restrict the flow of legal services to litigants.

The petitioner, in this case, is a private person against whom a suit for permanent injunction was filed by a practicing lawyer before the Gram Nyayalaya.

The cause to file the suit was that a Khadanja was being laid by gram Panchayat and the entire Bar Council at the instance of the lawyer had passed a resolution stating that legal services will not be offered to the petitioner and other defendants.

As legal services were unavailable to the petitioner, an application u.s 24 CPC was filed and it was allowed.

Even though the case has been transferred to the Civil Judge (Junior Division) and the petitioner and the defendant have already engaged lawyers, and the resolutions have become ineffective, the Bench cautioned the Bar from passing such resolutions.

As per the Court, such resolutions are not only against professional ethics but are also against Supreme Court guidelines.

The court further stated that the flow of legal services cannot be stopped.

The Bench also directed the UP Bar Council to ensure that local Bar associations should not pass such resolutions that restrict the flow of legal services.

Title: Ramgopal versus Bar Council of UP & Ors

Share
Facebook
WhatsApp
Twitter
Print
Pinterest
Previous articlePolice Registers FIR Against YouTube Channels For Showing Live Video of High Court Proceedings
Next articleIf During Trial Liberty Of Bail Was Not Misused It May Not Per Se Warrant Suspension Of Sentence And Grant Of Bail: Delhi HC

Appearing in Examination is a Fundamental Right Under Article 21; Allahabad HC Allows 80% Handicapped Candidate to Carry Attendant to Examination Room

Second Anticipatory Bail Application is Maintainable If Reasons For Rejecting the First Application has been Washed off: Allahabad HC