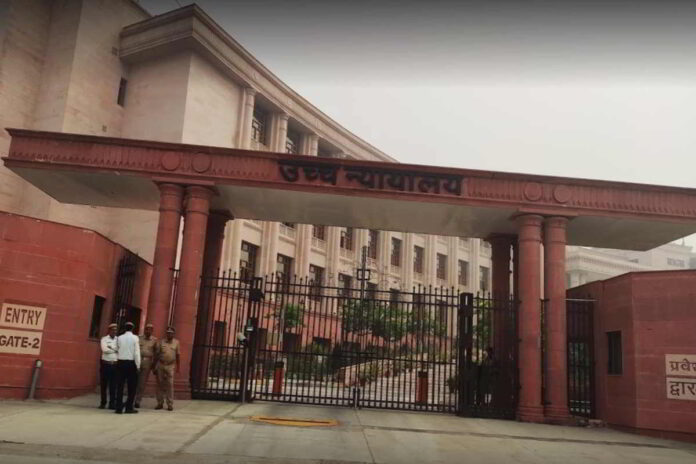 The Allahabad High Court at Lucknow has imposed the cost of Rs 25,000 in a Public Interest Litigation with respect to allotment of Fair Price Shop.

It is evidently clear that the petitioner has vested interest in the matter as he is a close relative of respondent no. 6 and, has personal grudge/vengeance against him. This public interest litigation petition, in the given facts and circumstances, cannot be for the interest of the card-holders and appears to have been filed with person grudge/interest.

The conduct of the petitioner clearly indicates that he is habitual litigant who has been approaching the Court on frivolous grounds and, with deliberate and mala fide intentions to unnecessarily raise grievance against respondent no. 6 and harass him.

We highly deprecate this type of practice and dismiss this writ petition with a costs of Rs. 25,000/- (Rupees twenty five thousand) which shall be paid by the petitioner within one month from today and deposit the same in the Government Treasury, failing which the competent authority(s) shall recover the same as ‘arrears of land revenue’.

The Petitioner had earlier filed 5 Writ Petitions regarding allotment of Fair Price Shop licence to respondent no. 6-Atmaram Chaubey. Earlier the Writ Petition of Petitioner was rejected by the Court with the cost of Rs 1000.

The Petitioner again approached the Court by means of a PIL (6th Petition) challenging the order passed by the District Magistrate, wherein he has come to conclusion that since the licence of fairprice-shop in question of Atmaram Chaubey, respondent no. 6 has already been cancelled, no further action is required on the complaint of the petitioner and, the representation of the petitioner has been considered and rejected pursuant to Court’s order.

The Court found that the petitioner is a close relative of the erstwhile fair-price-shop holder-respondent no. 6, Atmaram Chaubey and, there is a family dispute between them relating to partition of their family property.

The complaint was made by the petitioner with vengeance and out of spite to settle personal score with respondent no. 6, Atmaram Chaubey, as such, without verifying the facts no action should be taken on the complaint of the petitioner.

Considering above the PIL has been dismissed with cost of Rs 25000/-.