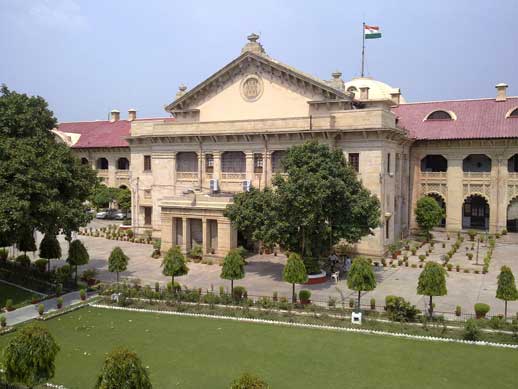 In the latest Judgment of Allahabad High Court, a Division Bench of Hon’ble Mr. Justice Ramesh Sinha and Justice Rajbir Singh reduced the sentence of the appellant-accused to the period already served as the case did not fall in the category of rarest of the rare.

Brief Facts of the Case Ram Ajor Vs State of U.P.  are as follows:-

It was alleged that on 21.06.2004, the victim was found hanging dead from a tree. A complaint was filed in the police station. The husband( accused) informed the police that the victim had gone to the jungle to collect grass and had committed suicide.

The accused-appellant challenged this order before the Allahabad High Court.

Proceedings before the Allahabad High Court

During the appeal, the counsel for the appellant did not dispute the facts of the case but only argued that the sentence of the accused was excessive and harsh.

The Court though went through the entire evidence of the case.

Various cases were referred to ascertain the procedure, and the Court concurred that there were four ingredients of offences under Section 304-B

The Court observed that in the present case, all the ingredients were there. The victim died by way of hanging, it was undisputed that the death occurred within seven years of marriage, harassment and beating were routine occurrences, and as evidenced by the brother of the victim, the victim was beaten one week before her death. The father and brother had deposed before the Court that demand of dowry had started soon after the marriage.

The Court opined that given all the facts and circumstances of the case, the conviction was correct.

On the issue of sentence, the Court referred to G.V. Siddaramesh Vs. State of Karnataka, 2010 and Kashmira Devi Versus State of Uttarakhand & Ors. In the above-mentioned cases, the facts were similar to the instant case, and the Court had reduced the sentence of the accused.

The Court took note of the fact that the accused had already spent more than 16 years in prison and the instant case did not fall in the category of rarest of the rare and does not require that maximum sentence should be awarded to the accused.

The Court reduced the sentence of the accused-appellant to the period he had already served and directed the authorities to release him from prison.