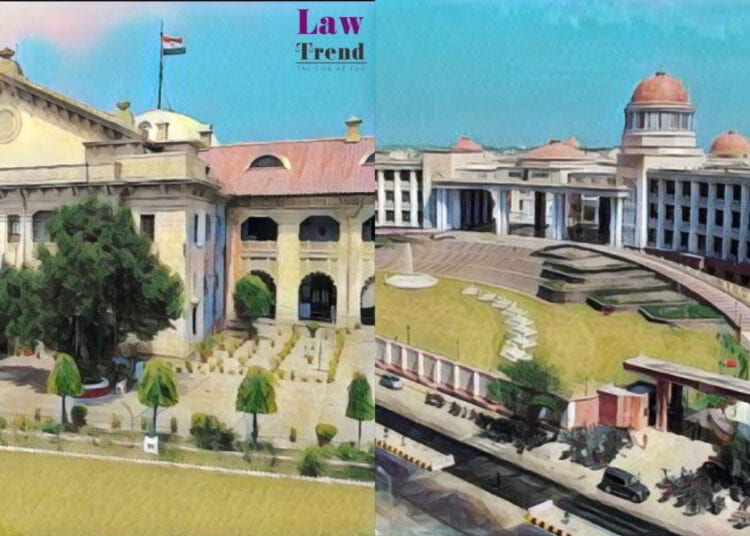 Initially, the functioning of the High Court, both at Allahabad and Lucknow was restricted for only those matters in which the court grants permission for hearing. However, the physical appearance of counsels was not allowed by the Court and the proceedings were held through Video Conferencing only.

Later on, the Court relaxed the condition by providing that there shall be no need of prior permission for filing of fresh cases and further the court directed the Registry to not to withhold any Fresh Petition due to any procedural or filling defect.

The Court also allowed Physical Appearance of the Counsels both at Allahabad and Lucknow, but considering the surge of COVID-19 cases in Lucknow, the Physical Hearing at Lucknow has been suspended. This lead to resentment from the bar at Lucknow for not allowing the Physical Appearance of counsels at Lucknow, whereas the same was permitted for Allahabad. The Bar shown its resentment by going on strike from Judicial Work and after deliberation between the Bar and the High Court Administration, the strike was called off, on the assurance that soon Physical Hearing will be started.

The High Court at Allahabad and Lucknow has strengthened its E-filing module and video conferencing system, so as to ensure less disruption in hearing through Video Conferencing.However, the Bar of Lawyers is continuously requesting the Court to resume Physical Hearing and increase the number of benches, in view of backlog of cases.

During the period of its restricted functioning amid the pandemic lockdown, it is now revealed that: