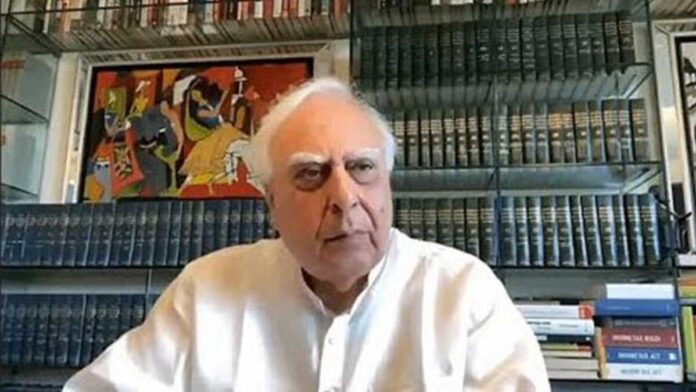 Kapil Sibal, a Rajya Sabha member from the Samajwadi Party and a senior Supreme Court lawyer, has surrounded himself with controversy over remarks on Supreme Court.

He stated that he sees no ‘expectation’ from the Supreme Court.

The All India Bar Association responded

Indeed, Adish Aggarwal, President of the All India Bar Association, stated that a strong justice system is free of emotions and is influenced solely by the rule of law.

‘It is incorrect to label the judicial system as a failure’

He called the remark contemptuous and said it came from Supreme Court Bar Association President Kapil Sibal. This is even more regrettable. The fact that the choice of Kapil Sibal has not been made does not imply that the judicial system has failed. Sibal is an essential component of the legal system. He also stated that if he has lost faith in the institution, he is free not to appear in court.

Adish Aggarwal, president of the Association, also stated that when a case is decided against someone, he begins criticising the judges on social media, claiming that the judge is biassed or that the judicial system has failed. While this is not the case, a strong justice system is free of emotions and is only influenced by the law.

What did Kapil Sibal have to say?

All of this came to light when, at a recent event, Kapil Sibal stated that he sees no ‘expectation’ from the Supreme Court. He discussed everything from the clean chit given to then-Chief Minister Narendra Modi to the powers of the Enforcement Directorate in relation to the Gujarat riots. At the same time, he has claimed that’sensitive matters’ are only referred to select judges, and that most decisions are already known to the legal community.

Tripura HC Grants Compensation of Rs 2.5 lac to a 28-year-old Woman Who Was Tortured By Police While In Custody