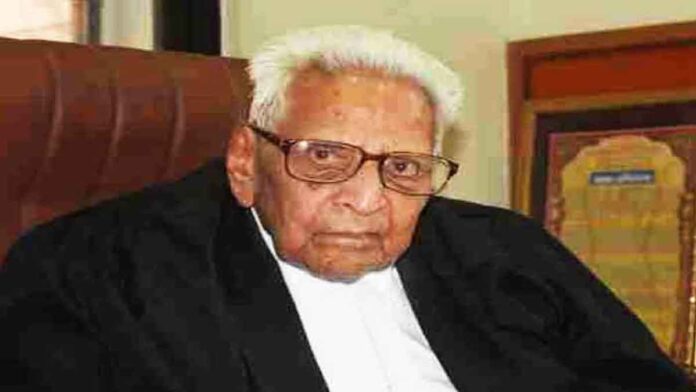 A practising lawyer from Rajasthan’s Jodhpur exemplifies this saying, since he turned 100 on Friday and, despite his age, continues to learn new things. In his 100th year, he learned the ways of the virtual world and is now attending his virtual hearings.

Lekhraj Mehta of Jodhpur, who turned 100 on Friday is a famous name in the legal profession, having taught many renowned personalities including ex-CJIs, CMs, and International Court Judges.

Mr. Mehta has been a lawyer since 1947. During the pandemic, though, he mastered the knack of attending Court proceedings via video conferencing. Since last year’s shutdown, he has also learned video calling and video meetings.

Age is never an impediment to learning new things for me, says Mehta, who is a habitual learner who keeps himself current on his case matters, meets people, and stays up to date on the latest advancements.

However, because of the COVID outbreak, Mehta, like many others, was forced to confine himself to his home. As a quick learner, he made his grandson Ramil Mehta his ‘teacher,’ and learned the skills of video conferencing, video calling, and video meetings, overcoming the challenges of the epidemic for his working world.

He did not abandon his technique of extensively researching his cases, and he continued to communicate with his clients via video calling. Mehta has taught renowned personalities such as former Chief Justice of India RM Lodha, Justice Dalbeer Bhandari, Rajasthan Chief Minister Ashok Gehlot, and ML Singhvi.

Born in 1921, he had heard about the Spanish Flu from family members, and now, after a century, he is witnessing the changing world during the pandemic. However, he feels that, thanks to the internet and mobile technology, the world has not come to a halt this time.

Even when the Congress’ CP Joshi lost the assembly elections by one vote and sought refuge in the Court, Mehta refused to allow him to run against Kalyan Singh. Similarly, Ex-Vice President Bhairon Singh Shekhawat’s victory was contested in court twice, but Mehta ensured that his triumph stood. Nathuram Mirdha lost the assembly elections to Govardhan Soni and filed a petition with the Supreme Court. Mehta’s astute approach resulted in his plea being dismissed.

As he celebrated his 100th birthday today, he advised seniors to plan their days ahead of time, decide what they will eat and what they will not eat, exercise frequently, and practise yoga to keep healthy.