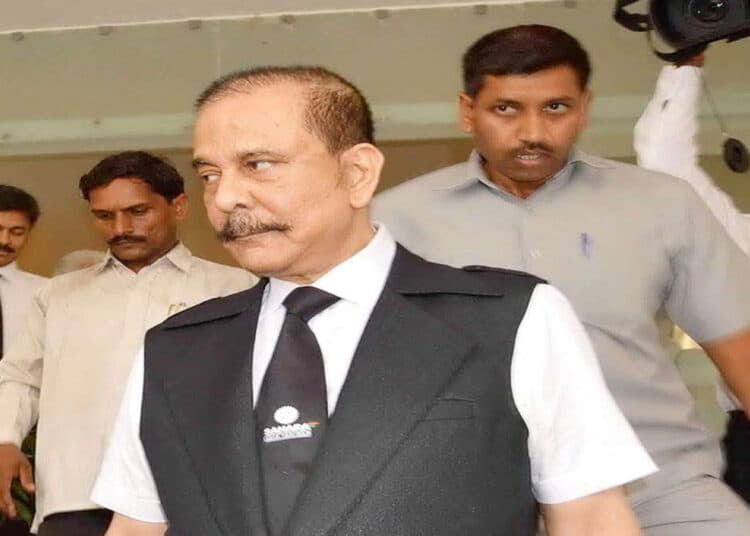 560
SHARES
1.6k
VIEWS
Share on FacebookShare on TwitterShare via WhatsappShare via EmailPinterest

The Security and Exchange Board of India (SEBI) has approached the Supreme Court against Sahara Housing Investment Corporation Ltd. (SHICL) and Sahara India Real Estate Corporation Ltd. (SIRECL) for collecting Rs. 62,602 which it had collected from the public.

SEBI seeks that the Contemnors be held in contempt & should be taken into custody in case it fails to deposit the amount.

The Market Regulator contends that the Sahara had failed to comply with 2015 and 2012 orders according to which the companies were supposed to deposit the amount along with 15% interest.

It was further contended that despite clear directions giving clear timelines, the companies disrespected the directions of the Apex Court, willfully and deliberately, failed to comply with the directions and therefore committed contempt of Court.

SEBI informed the Court that Sahara has claimed that around 90% refunds were claimed by it as on 31.08.2020, however, an adequate explanation was not provided by Sahara as to why these developments were not communicated to the Supreme Court.

According to SEBI, the entire group was using the facilities provided by Sahara India for collection and repayment purposes; therefore the respondents were not in a position to claim that the large scale refunds were done during the period.

Subrato Roy was arrested in March 2014 because he did not appear before the Court during the hearings of contempt of Court case and has been out on bail since 2016.

SEBI argued that the Saharas made no effort to comply with the order and directions of the Court, and their liability is increasing continuously.